A Better Mouse Trap: Patents and the Road to Riches

To paraphrase the famous quote of Ralph Waldo Emerson, if you build a better mouse-trap the world will make a path to your door.

If only it were that easy!

Inventors and entrepreneurs frequently take this mouse-trap quote all too literally, thinking that if they make a better product it will sell and make them rich beyond their wildest dreams. Although inventors hate hearing this, the truth is that the invention is the easy part of the process because it is the only part of the entire cycle from idea to commercial success that is completely controlled by the inventor. Once you invent something market forces and the reality of life takes over. There are any number of reasons why an invention won’t make money even if it truly is unique and superior to available alternative solutions.

In fact, building a better mouse-trap is only the first of many steps on the road to financial freedom. There is no guarantee of financial success given by any Patent Office in the world, and once you file a patent application you are to some greater or lesser extent at the mercy of the patent examiner and patent process. This process can take many years, you may be assigned to a patent examiner that just doesn’t think your invention is that special and you ultimately may wind up with no patent or rights that are quite narrow. The patent process is full of risk, and even when you do successfully navigate the process and achieve an issued patent no one will automatically back-up a money truck to your doorstep. A patent is an asset and like any other asset it needs to be successfully leveraged in a business context to maximize financial return. Of course, having a good, strong patent is an important step in the overall process, but it is not the last step by a long shot.

Even if you obtain a strong patent that covers a great product you still have challenges. Unfortunately, many inventors operate under the misunderstanding that getting a patent is like owning Boardwalk and Park Place in the popular board game “Monopoly.” The truth is that turning an invention into cash is much more complicated than simply placing hotels on Boardwalk and Park Place.  Yes, you must have a patent, but you need to treat inventing as a business. Remember, the point is not to just get a patent, but rather the point is to make money. So what are you going to do with the patent? How will the patent help your business goals?

Among the many truths missed by most inventors and entrepreneurs is the fact that it is frequently better to have a weak patent and the financial ability to enforce the patent than it is to have a strong patent and no ability to enforce the patent. In the United States, for example, a survey of the American Intellectual Property Lawyers Association finds that the average cost of bringing a patent litigation is over $2 million. How then is the individual inventor or small business owner supposed to be able to meaningfully exploit the rewards offered by the patent system? The answer is that the small players in the game of “patentopoly” frequently see their inventions infringed and find no real recourse available because they cannot afford to even consider undertaking the financial burden that is a patent litigation. 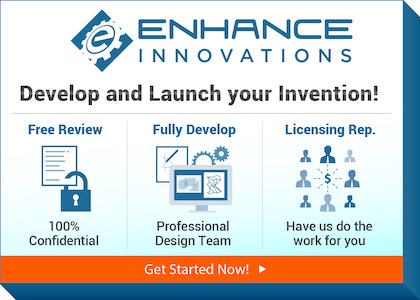 There are several options though. First, increasingly inventors and small businesses are seeking representation in patent litigation on a contingency basis. While still relatively rare, more firms seem to be at least considering such representation.  Of course, in order to justify the investment of time and energy, lawyers who undertake such contingency representation must only take those cases where there are strong facts, a solid patent and an infringer who can afford to pay patent damages.  The rise of contingency representation in patent litigation is becoming the great equalizer, and does provide independent inventors and small businesses with a powerful option to enforce their patent rights.  If you have a patent and believe it is being infringed you should at least talk to someone like Attorney Williams to see if you do have a case.  Having patent litigators on your side who get paid only if you prevail makes for a very formidable team behind you.

Another option can be to borrow money with your patent or patent portfolio as collateral. For example KLW Investments provides funding for those with high-tech patents.  Patent owners can use this type of financing to obtain the funds required in order to litigate against larger, better capitalized, infringing companies.

Another option for patent owners is to license the patent rights on either an exclusive or non-exclusive basis. According to Trevor Lambert, of Lambert & Lambert, licensing may be the way to go for those who are not independently wealthy.  When discussing with me the “Cashflow Comparison” graph (see below), Lambert explained: “The cashflow comparison shows that you go well deeper into the negative cashflow when you are going to manufacture it yourself, but your likely returns on investment are much higher.  So licensing is more of the safer bet for those who are not independently wealthy.”

For more on licensing options see To License or to Manufacture — That is the Question and Licensable Products: The Product, Marketability, Feasibility Test and Choices for Inventors: Financial Arrangements.

Of course, all of this presupposes that there will be commercial interest in the product or process covered by your patent, which brings me back to one of the biggest mistakes many inventors make. Many inventors mistakenly believe that just because a patent has been achieved does not mean that there will be a market for the patent product.  This is similar in ways to the believe that a patent creates a monopoly, which was discussed briefly above.  The truth is that without a market there can be no monopoly, and without a market or reasonable expectation that market demand can be created it probably doesn’t make sense to proceed from the invention stage into the patent process.

The patent only gives the patent owner the right to exclude others from making, using, selling and importing. A patent carries with it no expectation for market success. Granted, if the product does have a market a patent can be a significant barrier to entry that insulates the patent owner from competition, but a patent in and of itself does not guarantee business success. A patent only dangles the opportunity to achieve monopoly profits. This is due to the exclusive nature of the right and the ability to be the only player in the market. Again, a market is necessary, which means a product that people are willing to pay for is a pre-requisite. In the absence of a product that people want, and the business acument to capitalize on a market opportunity, a patent will not result in riches. For more on this see Debunking Innovative Copycats and the Patent Monopoly.